It's been almost ten months since I first moved into the caravan so it seemed like a good time to report in on how the experiment is going. I am somewhat surprised to report that I actually am enjoying it more now than when I started. I expected that by this time the 12 square feet would begin to feel pretty small...instead it feels bigger. I thought that living without refrigeration would be burdensome but am surprised to find what an easy adjustment it's been. Many things that Americans refrigerate simply don't need to be.

And I've discovered that the Brits have it right....beer loses much of it's flavor when it's refrigerated...especially dark beer. I actually now prefer to drink my beer at room temperature. Maybe that famous American beer that is so popular with bikers for some inexplicable reason, (I shall call it Buttwiper Beer....or Butt Light), maybe it's better cold, but that's because cold is all it has going for it...it would taste like warm piss if it wasn't served cold...but any decent beer seems to have a fuller flavor palette when it's room temperature. 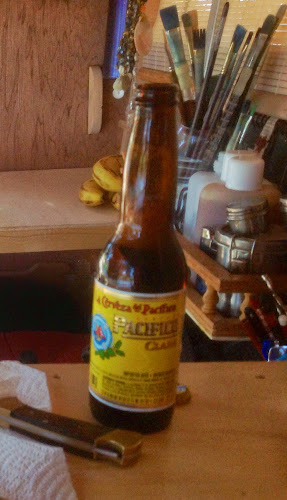 But I digress...the point is, after living and working out of the caravan for ten months, I am feeling it is a pretty full lifestyle. I know I won't live this way forever...no lifestyle is forever for me...but it is a period of time that I will always remember with great fondness.

Recently, my sister asked me to write something about my own definition of success for a blog she is writing. I decided to include what I wrote in this blog post, as it has a lot to do with my current micro-lifestyle and the things I have learned from living in such a simple and basic way. The following is what I wrote.
REDEFINING SUCCESS
Life seemed so simple back in the 50's, and the idea of personal success was pretty straightforward; you stay in school, go to college, get a degree and get a good job with a good company and then begin your steady climb up the ladder...buy a house, a nice car, have a family and take a couple of vacations every year. After a lifetime of this one could enjoy a comfortable retirement. It was the American Dream and it actually did exist. Maybe it still does exist in a few isolated little pockets, but overall, the American landscape has changed dramatically. Getting a job with a big company is no longer a guaranteed lifetime mealticket for security and an ever increasing standard of living. Many mammoth companies have gone the way of the Mammoth, vanishing without a trace. Jobs have been automated and outsourced and people who thought they had security are suddenly wondering what they will do now. Back in the 50's we didn't need so many of the things that we now regard as necessities...we didn't need I-phones and I-pads and cable bills so we could have 100 channels. As a culture we have become convinced that we need a new car every few years, thereby keeping ourselves in a never-ending pattern of never-ending car payments. Everything has become disposable where we use to keep things and get them fixed when they broke. Rent or house payments didn't eat up the lion's share of one's income back in the 50's. Paychecks were smaller but they went a lot further. A college education didn't leave a young person saddled with a lifetime of crushing debt. One person with just about any kind of job could support a family...now both members of the family work, and it's a struggle even then. This is what's known as a bygone era and it ain't comin' back. 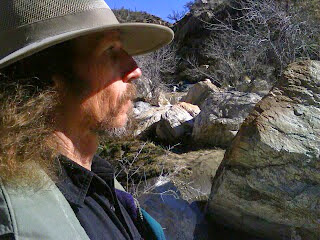 So if the old model for success is becoming increasingly elusive, then we need to re-evaluate the path we take and maybe redefine success. So what is it? One of the problems is the word itself..."success" is a noun, which makes it seem like a thing one attains and then you "have" it. But in reality, success is more of a verb. It's a moving target and it's different for everyone. Some people might define success as a life that is filled with adventure and travel, or a life that is dedicated to making positive changes in the world. For others, success might not be such a lofty goal...maybe it's just being a good partner, a good parent, and having good friends. It's that thing that will allow you, at the end of your life, to look back and feel that it was a life well-lived. I recently read somewhere that when Bob Dylan was asked to define success he said that success is when a man wakes up in the morning and goes to bed at night and in between he does what he wants. For me personally, that defines it pretty well. It's about having the freedom to choose how you will spend your day, rather than having someone else decide that for you. But that's just me...others may be willing to trade daily autonomy for a larger goal, and that's fine. The point is, success is a very individual thing and what's important is that we design a life that is in harmony with our own personal definition of what success means. I meet people everyday who are reevaluating their lifestyles. 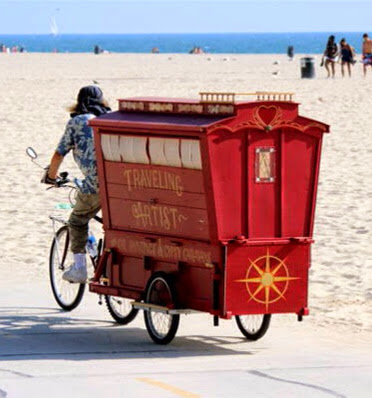 I think they are drawn to me because I am living a rather unconventional life that is very much in the public eye. I live in a 3 foot by 6 foot micro-gypsy caravan which I pull with my bicycle and out of which I paint and sell my paintings as I travel along the way. I don't have a house, or a car, or a TV. I live without electricity, running water or refrigeration. When most people come to realize how I am living, and that I seem pretty happy, it seems to make them question how much they really need to be happy. Very few would choose to downsize to the degree that I have, but my lifestyle definitely blows a hole in the idea that one needs lots of stuff and a big house to be happy. My own definition of success includes lots of time to paint the things I love to paint, and the time and means to travel, and the freedom to choose how to live each day. It means being able to support myself by doing my art, and in today's art market, this is a challenge, but it's a challenge I'm up for because it fits my own definition of success.
The current ever-changing economic playing field has spawned the growing interest in the tiny house movement. People are downsizing and unplugging and simplifying their lifestyles to allow for a greater freedom to live a life that makes more sense than just being a mouse on the wheel. Part of the silver lining to the economic cloud is that more and more people are giving up on the idea of getting a good job and are instead becoming entrepreneurs. I think this is a great trend, as it allows people much more freedom to design their lives to fit their own definition of success. Choosing to be self-employed is the only real security one has these days. You aren't going to lay yourself off or outsource your own job, and if the economic landscape changes you have the freedom to adapt to it without losing your livelihood. This goes hand in hand with simplifying your life. The more one has to carry, financially, the more precarious and burdensome your life becomes. 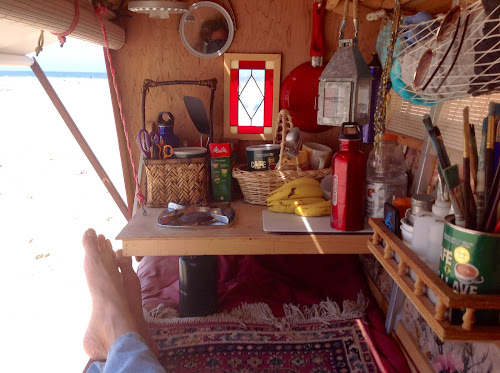 Simplicity buys freedom to do more of the things with your money that you want to do. It can be pretty discouraging to make a decent income and watch it all disappear every month on "necessities" that may not really be necessities at all. Someone once said that you can have anything you want...you just can't have everything you want. It's all about choosing...do you want time to smell the roses, or do you want more stuff? Do you want to be able to spend quality time with your friends and family or is a bigger house and more expensive car worth more to you? There is no right answer...life is, as they say, what you make it.

Posted with Blogsy
Posted by BARRY HOWARD at 3:37 PM